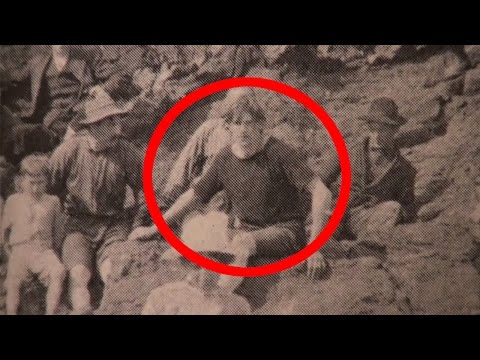 Lutch Green 10 Most Compelling Pieces Of Evidence That May Prove Time Travel Exists The Chinese Swiss Watch The famous Swiss watch found in a tomb in China is an example of possible time travel evidence. This cool and interesting discovery was made in December 2008. Chinese archaeologists allegedly removed the opening of a giant coffin within what was believed to be an undisturbed, 400-year old Si Qing tomb in Shangsi County. As they removed the soil around the coffin, however, they were shocked to discover a tiny watch.

They believed they were the first to visit the Ming dynasty grave in Shangsi, southern China, since its occupant’s funeral. But inside they uncovered a miniature watch in the shape of a ring marked ‘Swiss’ that is thought to be just a century old. The mysterious timepiece was encrusted in mud and rock and had stopped at 10:06. Watches were not around at the time of the Ming Dynasty and Switzerland did not even exist as a country. The Time Travelling Mummy Archaeologists unearthed the 1,500-year-old female mummy, which seemed to be wearing red boots with three distinctive white stripes, an emblem which is now synonymous with the sports brand Adidas. The remains were found in the Altai Mountains of Mongolia at an elevation of nearly 10,000 feet above sea level in a grave about 10-feet deep.

It is said to be the first complete Turkic burial found in Central Asia. She was found alongside a saddle, a bridle, a clay vase, a wooden bowl, a trough, a kettle, the remains of a horse and four sets of clothing. According to conspiracy theorists, the modern footwear found on the ancient mummy provides conclusive proof of time travel. But researchers from the museum made no reference to the fresh pair of sneakers. However, they told the Siberian Times, “The finds show us that these people were very skilled craftsmen. Given that this was the grave of a simple person, we understand that craft skills were rather well developed.” The Philadelphia Experiment The Philadelphia Experiment is an alleged military experiment that is said to have been carried out by the U.S.

Navy at the Philadelphia Naval Shipyard in Philadelphia, Pennsylvania on October 28, 1943. It is believed that the U.S. Navy destroyer escort USS Eldridge DE-173 was accurately transported over space and time, disappearing in Philadelphia, Pennsylvania and reappearing in Norfolk, Virginia. According to certain accounts, the tests being conducted were an attempt to render a ship invisible to enemy radar. The experiment allegedly had such terrible side effects. It is said that the crew members were all in a state of disorientation. Some were found materialized inside the metal of the ship, others were never seen again, and still others were driven insane or plagued for years by mysterious cases of phasing in and out of existence. Flight Into The Future In 1935, Air Marshal Sir Victor Goddard had a harrowing experience in his Hawker Hart biplane.

Goddard was a Wing Commander at the time and while on a flight from Edinburgh, Scotland to his home base in Andover, England, he decided to fly over an abandoned airfield at Drem, not far from Edinburgh. The useless airfield was overgrown with foliage, the hangars were falling apart and cows grazed where planes were once parked. Goddard then continued his flight to Andover but encountered a bizarre storm. He lost control of his plane, which began to spiral toward the ground. Narrowly averting a crash, Goddard found that his plane was heading back toward Drem.

As he approached the airfield the torrential rain abruptly changed to bright sunlight. When he looked down he saw the airfield had been completely renovated and was now in use. There were mechanics in blue overalls walking around and four yellow planes parked on the runway. One of these was a model which, for all his aviation experience, he completely failed to recognize. It was a very puzzling experience, not alone because the instant renovation was quite impossible, but also because mechanics were supposed to wear khaki and Air Force planes were painted with a silvery aluminum paint. Four years later, Goddard solved the mystery. With war now raging in Europe, he happened to visit Drem again… to find it exactly as he had seen it in 1935, completely with blue-overalled mechanics and yellow planes. He even found the plane he had been unable to identify earlier – a Miles Magister.

The Montauk Project The Montauk Air Force Station is rumored to house a massive, subterranean laboratory where top-secret government experiments in time travel are being conducted. Rumors began in the early 1980s when two men, Preston Nichols, and Al Bielek, said that they had begun to recover suppressed memories of working in the lab. Many believe that the laboratory managed to create a “time tunnel,” which allowed scientists to travel back to 1943.

The Large Hadron Collider The Large Hadron Collider is the most complex thing ever built by humans, 17 miles in circumference, 574 feet underground and the world’s biggest, most powerful atom smasher ever created, allowing collision of protons at nearly the speed of light. It’s so powerful that scientists were a little concerned that it could lead to the creation of a black hole or a wormhole, a rip in the universe which could destroy the entirety of existence. The Large Hadron Collider is also best known for detecting the Higgs boson in 2012. Nicknamed the God particle, the subatomic Higgs helps explain why much of the mass in the universe exists. The discovery of the Higgs boson was theorized to create another particle, called the Higgs singlet, which Tom Weiler a physics professor at Vanderbilt University and partner Chui Man Ho’s theory centers on: According to Weiler and Ho’s theory, these singlets should have the ability to jump into an extra, fifth dimension where they can move either forward or backward in time and reappear in the future or past.

Rudolph Fentz In 1876, a 29-year-old man named Rudolf Fentz disappeared without a trace. Several decades later, a man wearing a 19th-century clothes got hit by a taxi and was killed in Times Square in New York City in 1950. Officials recovered bizarre things in his pockets including 70 dollars, a copper token for a beer, a bill for horse care and washing of carriage, business cards with the name Rudolf Fentz as well as an address on the Avenue, and a letter sent to the said address in June 1876 from Philadelphia.

Although the story was deemed by some as an urban legend, several researchers claimed to have proof of the existence and disappearance of Rudolf Fentz. Charlie Chaplin’s Time Traveler This footage from a Charlie Chaplin promotional film in 1928 showing a woman apparently using a mobile phone. In the footage shows a mysterious older woman dressed in a coat and hat with her hand held up to the left-hand side of her face as she seemingly talking on a cell phone. But that can’t be right can it? There were no cell phones in 1928! Even her gestures and behavior as she ‘talks’ will be eerily familiar to modern-day viewers as she appears to stop, mid-sentence, during her apparent conversation. Filmmaker George Clarke claimed this was proof of time travelers.

He says he has shown it to more than 100 people and still no one can come up with a convincing explanation. Andrew D. Basiago In 2004, Washington-based attorney Andrew D. Basiago began telling his story of a top-secret organization called Project Pegasus. Although he was only seven years old at the time, Basiago claims he had, from 1968 to 1972, participated in a number of bizarre experiments that took him on journeys through time, space, and potentially into parallel universes. According to Basiago, children were recruited specifically for their ability to adapt “to the strains of moving between past, present and future.” This photograph is said to have been taken during one of Basiago’s temporal trips, during which he found himself at Gettysburg on the very day of Abraham Lincoln’s Gettysburg Address, November 19, 1863.

Basiago claims to be the young boy at center-left. The Mysterious Man in the Book A couple was perusing an old bookstore when they happened to come across a book, printed in 1974, which contained old photographs and stories of a small geographical area between Canada and the United States, Cape Scott. One photo, in particular, drew their attention. It shows a group of people in 1917, all dressed in the clothes of the time. But one person sticks out of the group. A big mysterious man in T-shirt and shorts, with a modern hairstyle. He doesn’t fit into the photograph and note how the man beside him is staring at him. He too seems to be aware of his strangeness..