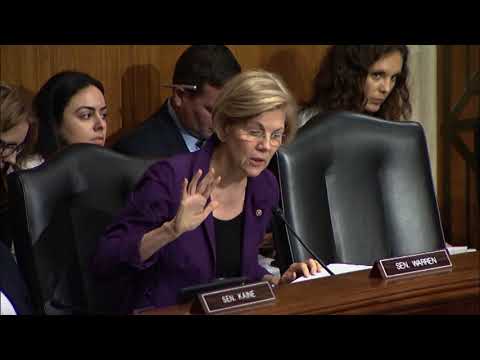 Hi this Gary a Certified Insurance Agent with Coveredca. I got this today from Anthem. It said all those enrolled in Coveredca should take of the additional benefits they have to offer. Dental,Eye.Life Click on the link and you will go to Anthem where you will see additional benefits.
Thank you very much. Thank you, Mr. Chairman. And thank you very much, Senator Franken and Senator Baldwin. I really do appreciate it. So let me ask this: Mr. Ruiz-Moss, you’re a top executive at Anthem, the second largest health insurer in the country. And when Congress was talking about taking away health insurance from over 20 million Americans, a lot of companies — including Massachusetts Blue Cross and Blue Shield — stood up to fight for the people they insured. But not Anthem. Instead, Anthem sent Congress a ransom note, saying it would “begin to surgically extract from the ACA’s insurance markets ” if Congress didn’t meet a list of your demands, including tax cuts for insurance companies and the right to collect taxpayer money for selling junk insurance plans. And to show you meant business, you pulled out of insurance markets then in Ohio, Indiana, and Wisconsin, and endorsed the Republican bill to repeal health care coverage for millions of Americans.

Now when that bill failed, Anthem pulled out of more markets, claiming you just can’t make it work. So I just have a couple of questions about that. Mr. Ruiz-Moss, how much profit did Anthem make in the second quarter of this year? Ruiz-Moss: I’m not familiar with the profit number for the second quarter. it’s a public document. Warren: Yeah it is. It’s $855 million dollars in just three months, just a little bit shy of a billion dollars in profits. Now you attack the ACA, but do you know how much of Anthem’s total revenue comes from government health care programs, including Medicare and Medicaid? Ruiz-Moss: I do not know that offhand. Warren: How about half. That sound about right to you? According to your own press release from seven weeks ago, in fact, more than half of Anthem’s revenue from the first half of this year. That’s 54% came from taxpayer-funded public insurance programs. You rake in money on Medicare Advantage plans, you rake in money on Medicare Part D prescription drug plans, you rake in money from Medicaid, on and on. Buckets of taxpayer money, but you’re pulling out of the ACA market. Can I ask why? Ruiz-Moss: Sure, so we look at each market as its own insurance market and believe that the individual market, in order to be successful, needs to stand on its own.

And, in fact, if we want to attract competition, if we want to bring in other carriers, then there will need to be an independent, stable individual health insurance market. And so when we made our decision, looking across all of our 14 states, and our CEO had mentioned we’re looking at this surgically, what that meant to me was I want to know by area within a state, and by state, we can make a go of it, because any place we can find stability, our inclination is to participate. Warren: So I just want sure I’m following this. You make a lot of money off government plans elsewhere and — but you want to say that the only way you’re going to stay in the ACA is if you get to make more money. And in fact, what you specifically said is you wanted to be able to sell junk insurance plans that leave families paying more, and you want a tax break, and if you can’t get it, then you’re telling Congress that if you don’t get this kind of help you’re going to quit the one market where people need you here.

So I just want to say on this: if you’re curious about why a majority of Americans support Medicare for All, here’s the Exhibit A. I believe that Congress should ignore your threats. If you want taxpayer money, then you ought to show up in the ACA plans as well, and be there just like other companies have done, and you ought to be able to provide decent coverage. I just don’t think that’s too much to ask. Thank you, Mr. Chairman..