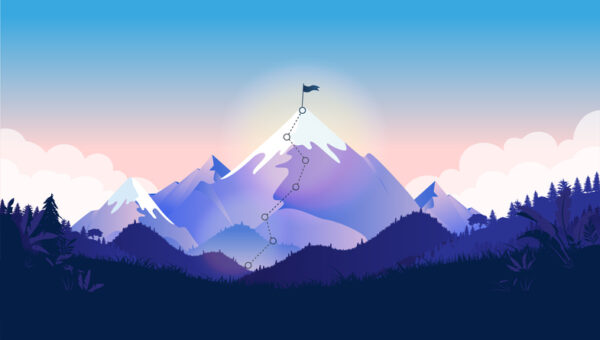 If Medtronic is successful in bringing its renal denervation product to the U.S. market to treat drug-resistant hypertension as its current CEO Geoff Martha expects to, the entire saga could be summarized with Chumbawamba’s famous song from the late 1990s:

I get knocked down, but I get up again
You ain’t gonna keep me down

Despite the surprising results and disappointment — Medtronic had paid $800 million to acquire Ardian that had this neuromodulation technology — the company did not abandon the field as some did.

On Monday, at the 39th annual J.P. Morgan Healthcare Conference being held virtually, Martha indicated that the company expects to get present results of a large pivotal study at a conference in October and submit to the FDA should results be positive. The FDA has already given the Spyral renal denervation device breakthrough device designation, he noted.

“We are in the lead on realizing this multibillion-dollar opportunity to treat hypertension, which affects one-third of adults globally and is the single largest contributor to death,” Martha said on Monday. “We believe RDN can be a $1 billion market in 5 years and a $3 billion market by the end of the decade.”

There is a reason for his confidence. In June, Medtronic reported that new data from a global registry revealed that its Symplictity Denervation System meaningfully reduced blood pressure in patients who suffered uncontrolled hypertension even three years after the procedure. And this was independent of any changes to their medication, according to a company news release.

The number of patients at the very highest BP level – greater than 180 mmHg systolic at baseline – dropped by two-thirds at three years. Additionally, the number of patients who had reported office systolic BP less than 140 mmHg – a more controlled level of BP – increased from 13 percent at baseline to 39 percent at three years. The BP drops occurred while patients were prescribed an average of four or more anti-hypertensive medications, which remained unchanged over three years.

Earlier in the year, the company also showed positive data in its SPYRAL HTN-OFF MED trial. As the name of the trial suggests, Medtronic is testing the catheter-based procedure through a randomized, sham-controlled study by evaluating patients with uncontrolled blood pressure when they not taking prescribed medications to control their hypertension. The Dublin company is also testing patients in a separate trial called SPYRAL HTN-ON MED where it is testing the Symplicity Spyral Denervation system in the presence of prescribed anti-hypertensive medications.

“As the body of clinical evidence supporting renal denervation grows, we are encouraged by the outcomes observed in both controlled clinical trials and real-world practice,” said Dave Moeller, vice president and general manager of Medtronic’s Coronary and Renal Denervation business, in a statement in June.

The system is already approved in Europe and other countries but were the FDA to approve it, it would make for a real comeback story for Medtronic in the U.S. And perhaps be a final vindication for spending $800 million to buy Ardian back in 2010, although it had to take a significant writedown for the acquisition when the Symplicity 3 trial failed.