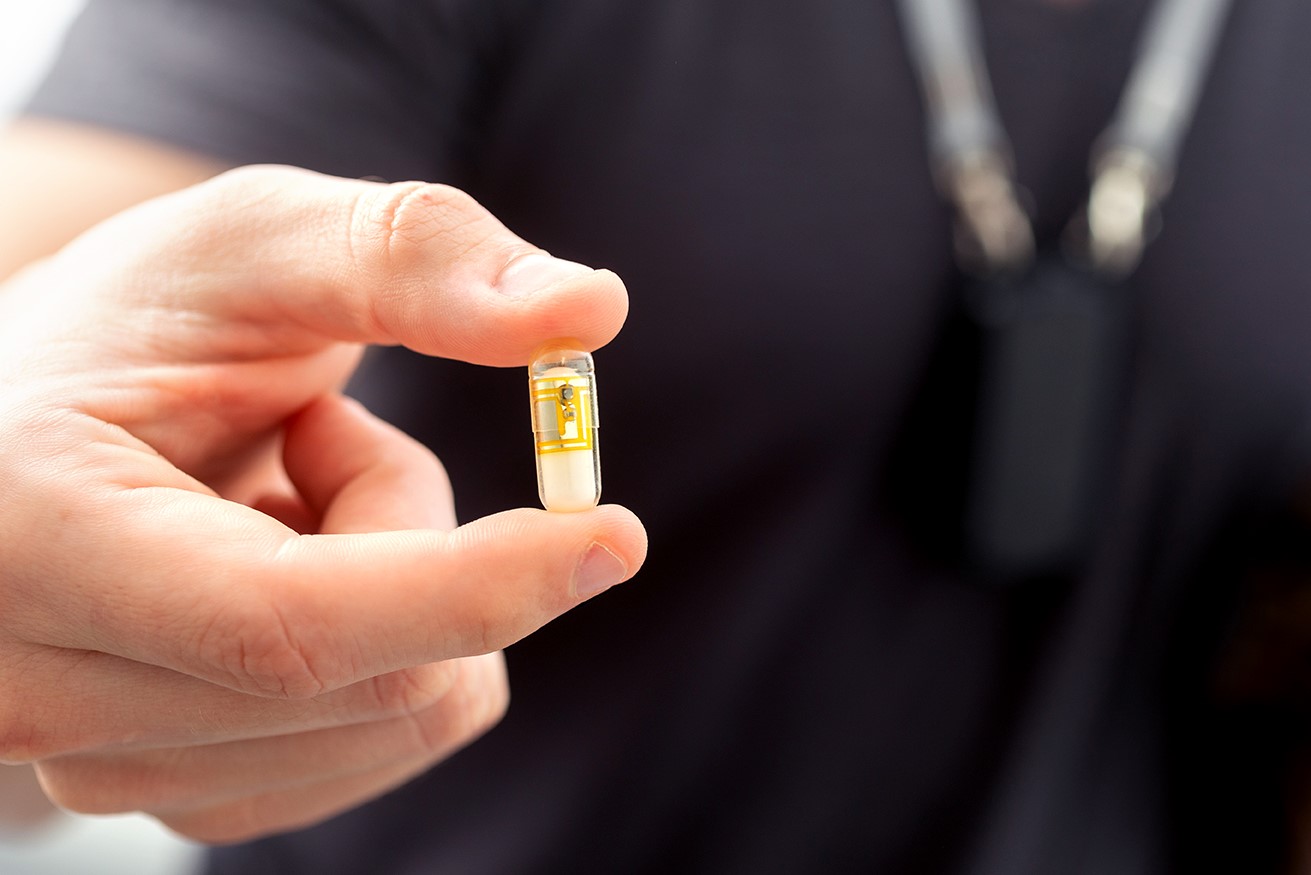 etectRx’s technology measures medication adherence. A tiny sensor embedded in each pill is activated when it reaches the patient’s stomach. Photo credit: etectRx

After joining etectRx as CEO in August, Valerie Sullivan faced a big task. Competitor Proteus Digital Health had just filed for bankruptcy, and the Florida-based medication adherence startup had to sell potential partners on the value of its technology.

The digital pill-maker is teaming up with Pear Therapeutics to develop two products that will combine etectRx’s medication adherence sensors with Pear’s digital therapeutics. To start, they will be focusing on indications related to mental health.

The idea is to pair adherence data with other health information to help patients see when their medication is working.

“I do believe there’s so much value in having patients see for themselves and feel empowered that when they take their medication, they feel better,” Sullivan said in a phone interview.

EtectRx makes tiny wireless sensors that can be embedded in medications. The company received 510(k) clearance from the Food and Drug Administration for this technology in 2019. It differs from Proteus in that patients don’t have to wear a patch to detect if they’re taken their medication; instead, patients wear a lanyard-based reader.

EtectRx and Pear hope to jointly sell pharmaceutical companies on the combination.

“Overall, they are well aware of the problem of not being able to point to exactly when a patient took their medication,” Sullivan said.

Though the pandemic has pushed forward digital health by years, it has also slowed the process of partnering with pharmaceutical companies. The specter of Proteus’ bankruptcy also looms over the space.

There’s also the question of whether patients will want to take a pill with an embedded sensor. This could have been a stumbling block for Proteus’ partnership with Otsuka Pharmaceuticals, for a $1,650 medication prescribed to patients with schizophrenia.

Sullivan pointed to a small study conducted at the Fenway Institute, where about two-thirds of participants were willing to take a digital pill for their PrEP medication.

“It’s not a slam dunk for every single patient, but for patients who need it and believe in digital, and for those that see the value, I’m confident we’ll only go up in patient acceptance from there,” she said.

Despite these challenges, Sullivan sees a future for digital pills. Otsuka Pharmaceuticals’ purchase of Proteus’ technology may mean that it will see a second life, and she sees the company’s bankruptcy as more of a matter of business — not a failure of its technology.

“The technology is sound, It’s robust,” she said. “We’d love to have someone out there with us selling the value of digital pills. Because when you have a competitor, there’s momentum that builds. At the same time, it’s nice to be the only game in town.”