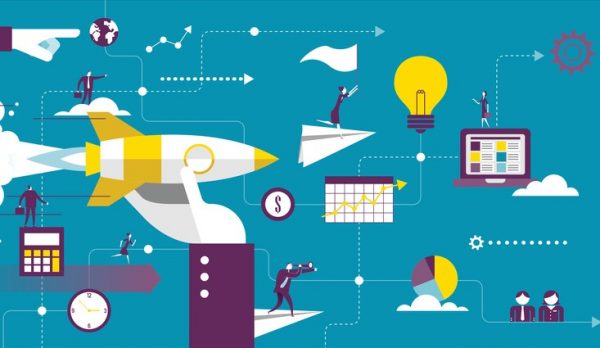 ChromaCode has been named a finalist in the XPRIZE Rapid Covid Testing Competition, which aims to increase testing capabilities & accelerate the development of high-quality testing that is low cost, easy to use & quick reporting.

Turing is pleased to announce that it is expanding its Board of Directors, adding Ashu Garg, General Partner at Foundation Capital, and Sumir Chadha, Co-founder and Managing Director at WestBridge Capital. The move comes after Turing’s recent announcement of its $32 million Series B funding round led by WestBridge Capital, which has a $3.3 billion fund, and including Foundation Capital, which led Turing’s earlier round. To date, Turing has raised nearly $50 million in venture funding.

Turing co-founders Jonathan Siddharth and Vijay Krishnan will continue to serve on the company’s board. Siddharth is Turing’s CEO, while Krishnan is Turing’s CTO. The new, expanded board will meet in January.

“Ashu and Sumir are both highly accomplished venture capitalists that bring a wealth of experience in scaling B2B tech companies,” said Siddharth. “Ashu has unique expertise in working with technical founders of AI-enabled businesses such as Cohesity, Eightfold, and Fortanix, among others. Sumir’s experience and connections in the IT services industry will enhance Turing’s go-to-market strategy, especially among enterprise customers,” Siddharth added.

Driven by the massive global shift to remote work, Turing taps into a global pool of developers to help companies hire in markets such as the San Francisco Bay Area, aka “Silicon Valley” and New York, where it is difficult and expensive to hire and retain top software engineers. Turing rigorously vets developers for a Silicon Valley bar. Turing founders Siddharth and Krishnan realized the immense potential of remote global talent while successfully scaling their last AI startup with remote, distributed teams.

NeuroFlow has closed a $20 million Series B round led by Magellan Health as well as a syndicate including previous investors. NeuroFlow will use the Series B proceeds to scale its operations and support its growth in data analytics, artificial intelligence, and direct health record integrations. NeuroFlow’s contracted user base has grown 10x to over 330,000 in support of almost 200 commercial health systems, payers, accountable care organizations, independent medical groups, and federal agencies to provide technology-enabled care solutions. To read more, click here.